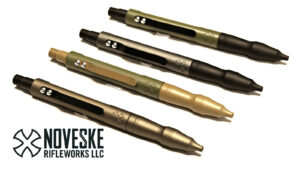 Noveske Rifleworks and Bona Fide Products have collaborated to make a Noveske Pen. This new pen is finished with a super durable Cerakote finish in some of the same colors as their famous rifles. They are only available on the Noveske.com website. Here is a link: https://www.noveske.com/collections/extras/products/noveske-bona-fide-machined-pen

This has been a fun project for both parties and we hope to bring you even more products very soon. 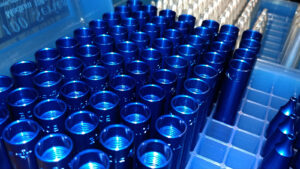 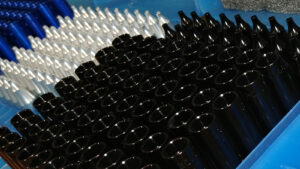 All the KickStarter pens are shipped and our inventory is fully stocked. All combinations of pen styles and colors are currently in stock and ready for immediate shipment.

We also have pen refills in stock. Both the Schmidt easyFLOW 9000 in medium tip and the P900 Ballpoint in fine tip are currently available in value priced 6-packs. We stock black and blue ink for both refills. 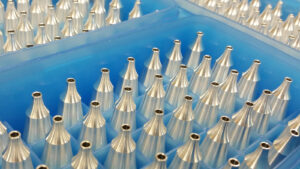 We are getting very busy around here. Although we are still waiting to receive funds from KickStarter (it takes 14-20 days) it is not slowing us down a bit. The out-sourced parts are ordered and we are tooling up the machines here so we can deliver the rewards as soon as possible. We will continue to post updates as milestones are met. Here is a glimpse of some pen tips already made. 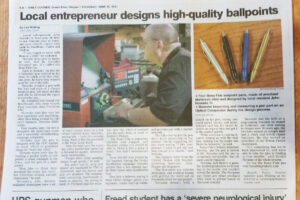 We are finishing up the surveys and will send them out to all of our backers by Tuesday the 13th. The survey will give you a way to give us your contact information, shipping address and pen (reward) preferences if your level of support had color or style options.

We will be posting more updates here to keep you fully informed of our progress toward delivering the pens.

Thanks again for your support,